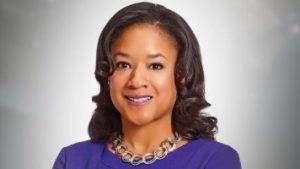 Onlie-Ere has been with the station since 2017.

The honor is all hers.

“As a Minnesota native, I am honored to work at FOX 9 alongside outstanding journalists and take on this new role with co-anchor Tim Blotz,” she said.

Before Minneapolis, she worked at Al Jazeera America in Detroit, Mich

Her new job begins May 6.