We know it’s early, but we want to get in our hints early and, most likely often.

We want to be invited to the Fox News Christmas party.

Because after a few drinks it could get really interesting between the actual news people who worked at Fox and the circus performers who make up the prime-time schedule.

Consider the most recent development: 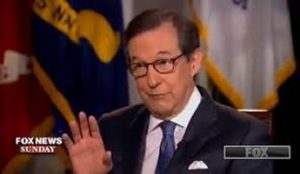 Exchanges between the special counsel and attorney general came into sharp focus Tuesday night after “The Washington Post” reported on a letter Mueller sent to Barr in March.

Following Barr’s release of a four-page summary to Congress about the conclusions of the special counsel’s investigation, Mueller wrote that Barr’s summary “did not fully capture the context, nature, and the substance” of the investigation. 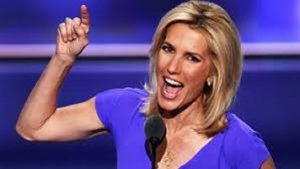 Fox host Laura Ingraham downplayed the letter during an appearance on the network Wednesday, focusing instead on comments Barr made about a subsequent phone call he said he had with Mueller.

The attorney general said during his opening testimony before the Senate Judiciary Committee on Wednesday that Mueller had complained in that call about media coverage of Barr’s letter, not the letter’s inaccuracy.

His comments inspired this retort from his presumed “colleague” Ingraham.

“Someone on my own network…said this — I’m watching this, going, I guess it was Chris Wallace, made a statement to that effect, that Barr was spinning the report — okay? I don’t understand that. How would a former attorney general, new attorney general, someone with all of his experience say, “Okay, I’m going to sabotage my own credibility by distorting the meaning of a report that we’re going to release in the next 10 days, or two weeks” — I mean, it’s just ridiculous, but this is all the Democrats have.”

Wallace seemingly referenced Ingraham when he pointed to Fox News’ opinion hosts for failing to acknowledge the significance of Mueller’s letter to Barr.

“I know there’s some people who don’t think this March 27th letter is a big deal … and some opinion people who appear on this network, who may be pushing a political agenda, but we have to deal in facts,” Wallace said on Shep Smith’s Fox News program Wednesday.