He’s been a Boston tv news staple for 37 years and now it’s coming to an end. 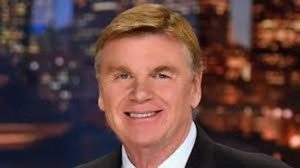 Mike Lynch is stepping down from his prominent, principal role and will step into a special correspondent position at Hearst’s WCVB.

“After nearly forty years at WCVB, I’ve decided it’s time to step away from the daily anchoring of SportsCenter 5,” is what we are assured Lynch actually said in a station press release. “But it’s not goodbye … I’m looking forward to remaining in the sports mix at the station, working on special assignments, major sporting events, ‘High 5,’ and the annual ‘High 5: Salute to Thanksgiving Heroes.”

Lynch spent three years on weekends at the station before moving up to the principal sports anchor role in 1985.

He’ll stick around until August.