Proof that persistence pays off. 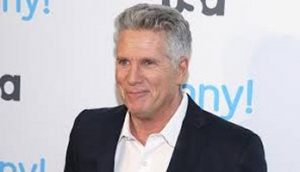 Ad man-turned TV gasbag Donny Deutsch has been hanging around 30 Rock, seemingly forever, as a regular source of noise on the “Morning Joe” panel on MSNBC.

And now he’s got his own Saturday night politics show.

“Saturday Night Politics with Donny Deutsch” was sprung on an unsuspecting public this past Saturday night at 8 pm Eastern.

That’s for you to decide.

“Saturday Night Politics” features one-on-one interviews with politicians and newsmakers, including an interview with Mayor Pete Buttigieg that aired on the program debut.

Before planting himself on “Morning Joe,” he hosted the CNBC talk show “The Big Idea with Donny Deutsch” from 2004-2008.

And in perhaps his biggest qualification as a political interviewer, Deutsch hosted “Love Calling” on Bravo in 2011, where he served as a dating expert.”

He also fronted failed program on USA Network and CNN.