After Tom Cibrowski moved from the corporate level of ABC to take up his new job as general manager of KGO the network’s San Francisco O&O, last year, he wanted a new approach to local news.

News Director Tracey Watkowski pitched an initiative, originally called “Saving San Francisco,” that quickly morphed into “Building a Better Bay Area,” a seemingly simple but powerful idea that is transforming how the station covers news and connects with its community. 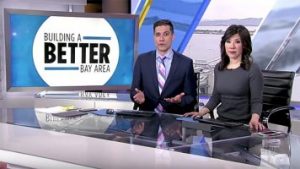 As KGO observes its 70th anniversary, “BABBA,” as it’s called internally, focuses relentlessly on the biggest issues confronting the Bay Area: concerns like homelessness, transportation, education, the environment, and more.

It’s a big commitment of time and resources.

And while the initiative met with resistance at first, the newsroom has come around, not least because reporters get more time to dig deeper and press for answers.

“I think there’s been a new sense of pride, kind of like a back in business attitude,” Cibrowski said. “I think most reporters would rather get out and cover these larger issues than the smaller breaking story down the block.”