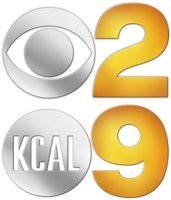 We’ve gotten an email that is reportedly being sent this morning to the SAG/AFTRA unit that represents newsroom employees and it’s not a love letter.

“It’s the time of year where many of us are being billed for our SAG/AFTRA dues – and as I write another check for almost a thousand dollars, I, and my fellow KCBS union family, have some concerns we want to share.

I think we all feel we need to make sure CBS is hearing our voices. We know this means a group effort. It means SAG/AFTRA and this bargaining unit need to stand together and let the company know what we want.

As you know many of us have not had raises in years – nothing. Not a cost of living increase, not a merit increase. And frankly this is affecting morale. Many of us feel demoralized.

Additionally, there is widespread concern about the station’s increased reliance on freelancers. Many of them have worked for the company for a number of years without the benefit of being a staff employee in spite of performing in the same essential duties on a full-time basis.

Also of note – our photography and editor staff just received their annual 2.5% pay raise, which of course begs the question – why aren’t we receiving the same treatment?

We know the union is working hard with us, but we want assurances everything possible is being done on SAG’s end to ensure we are being treated fairly.

We see the power SAG wields in the entertainment world and want to make certain we in broadcast are receiving the same priority.

First-time news director Tara Finestone appears to be the focus of a lot of the staff ire that triggered this letter and the number of staffers signing on to it.

With outgoing GM Steve Mauldin leaving at the end of the month, the question is – Will others go with him?