The hedging of bets over the future of local broadcast news continues, this time in Tampa/St. Petersburg FL. 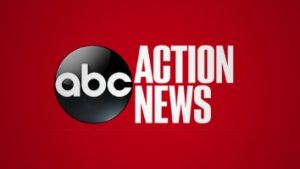 Scripps’ WFTS is launching a streaming-only newscast beginning next month.

“ABC Action News Streaming Now” premiers with an expanded “Good Morning Tampa Bay” on the platform at 7 a.m. local time – while the station itself cuts to “Good Morning America.”

All of the usual streaming devices and apps – Roku, Amazon Fire TV, Apple TV, Android TV and smart televisions – will be deployed through the station’s app to present the newscast.

Come July, the station will launch rolling coverage between 10 a.m. and 3 p.m. via “ABC Action News On All Day,” followed by a streaming-only 3 pm program – making a total of 7 hours that will be offered through OTT services.

And, for now, it will be free.