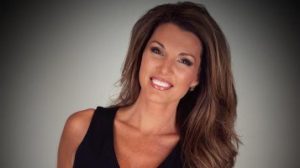 While we speculated then that viewers might have to get used to her new handle, she’s going back to the name she used in her previous Lexington tenure – Kristen Pflum.

She joins WDKY, the station in Lexington, as 10 p.m. news anchor.

She’s expected to sign on in October — after she delivers her third child this summer.

Before joining WFLD in 2016, Pflum spent 11 years in Lexington as an anchor for WLEX.