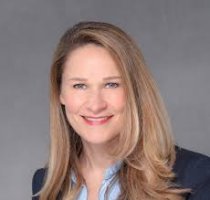 The CBS News shuffle continues with the elevation of Eva Nordstrom from “CBS This Morning” managing editor to executive producer of special events.

Nordstrom will be heading up a newly-formed unit responsible for the planning and execution of breaking news coverage and network-wide news specials, including CBS News special reports, prime time specials and high-profile news events such as CBS News’ election coverage.

Nordstrom joined CBS News in 2011 as part of the senior team that launched “CBS This Morning.”