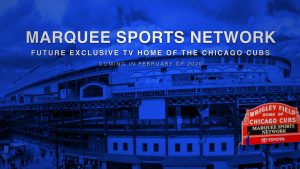 McCarthy has been a consultant for the Cubs since August 2018 on the launch strategy of the channel, scheduled to go on the air early next year.

“With his combined sports and media background, Mike is the right person to bring our network online and deliver unprecedented Cubs coverage for our fans,” Crane Kenney, Cubs president of business operations, said in the announcement.

The Cubs plan to leave NBC Sports Chicago and cut ties with free over-the-air broadcast partners ABC-7 and WGN-9 after this season in favor of Marquee, which is scheduled to debut in February 2020.