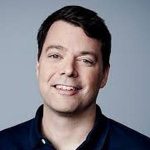 According to Axios, Berend will replace Nick Ascheim, who is currently senior vice president of digital at NBC News and MSNBC. Ascheim will be taking a new role within NBCUniversal.

A note sent to staff reads:  “Over the next few weeks, Nick will be moving into a role working to improve digital performance across the NBC News Group and will continue to partner with the NBCUniversal Digital Enterprises team. More details will come on his role”.

Berend, who currently serves as CNN’s senior vice president of global video, will be heading to NBC this summer to run digital.

Aside from overseeing all of CNN’s editorial video operations, Berend was also the co-founder of Great Big Story, a CNN-owned global media brand devoted to cinematic storytelling.

It appears the move is part of a plan for NBC to ramp up it’s digital presence with podcasts and live streams.