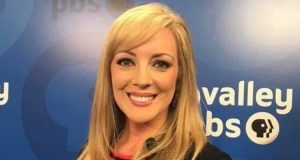 Jenny Toste worked for nearly a decade as a TV reporter and news anchor for KSEE and KGPE in Fresno, CA before ascending to the CEO position of Fresno public television station KVPT last December.

In between, she spent about four years as social media coordinator for Fresno State.

And now she’s gone, amid much hand-wringing and regret.

Toste’s ouster was announced in a news release from ValleyPBS.

“The ValleyPBS board of directors voted to end Jenny Toste’s contract with the station,” the release says.

As usual, the board provided no further detail and Toste herself is staying mum about the circumstances surrounding her brief tenure at the top.

She’s the third CEO at the public station in four years.

The next candidate should take that into consideration.