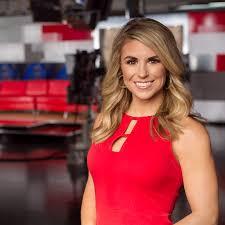 After 7 years in Indianapolis television, Larra Overton is leaving her job as a sports anchor and reporter for Tribune–soon-to-be-Nexstar duopoly WXIN/WTTV to become a producer and sideline reporter for the Indianapolis Colts.

Her new job starts July 15, and her last day at her current job will be July 13.

The Indiana native started her broadcast career as sports anchor and reporter at WTWO in Terre Haute.

She’s also worked as a sideline reporter and track and field analyst for ESPN and the Southeast Conference Network.