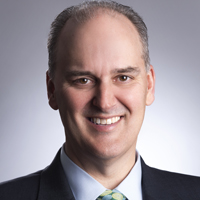 Less than a year into his much-ballyhooed “coming home to Pittsburgh” run, Jay Howell is getting bumped up to the CBS’s second largest market.

Howell succeeds Steve Mauldin, who retired at the end of May.

Howell was VP and general manager of KDKA-WPCW Pittsburgh since July 2018.

His arrival back then was heralded as quite the homecoming since his father, John, had been the longtime GM at Cox-owned WPXI from 1984-1981.

Prior to that, he was VP and general manager of CBS-owned KOVR