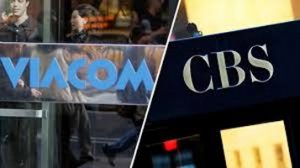 CBS is once again preparing to make an offer for sister media company Viacom in the coming weeks, following a meeting of CBS directors last week in which a potential deal was discussed.

If the companies move ahead with talks, it would be a third attempt to reunite the $30 billion media empire that was divided by mogul Sumner Redstone more than 13 years ago.

All eyes are on controlling shareholder Shari Redstone and acting CBS CEO Joe Ianniello as this unfolds.

Due to the separation agreement with ousted CBS CEO Les Moonves struck last year, Redstone has to maintain a low profile through this process.

At least two-thirds of the independent directors of CBS Corp. have to support a merger with Viacom in order for a deal to happen.

While Redstone has been a VERY vocal backer of a CBS-Viacom re-marriage, she and her attorney Robert Klieger as the only non-independent directors on the 11-member CBS cannot throw their votes behind a merger unless two-thirds of CBS independent directors favor a transaction.

As for Ianiello, he’d like to get that “acting” word off his title and for that to happen, Shari Redstone has to be a happy camper – as well as the rest of the CBS board.