The echo of sarcastic “thoughts and prayers” are resounding throughout the twitterverse with the shakeup at NRA TV.

According to a New York Times report, the NRA has shut down operations at the controversial internet video network amid a bitter legal battle with Ackerman McQueen, the ad firm responsible for the programming.

NRATV may continue to air past broadcasts, but its live programming and its on-air personalities will no longer be the NRA’s public faces. 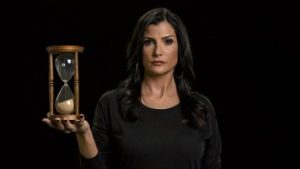 Thoughts and prayers particularly for Dana Loesch, long the most prominent of those faces, but whose time has run out.

“Many members expressed concern about the messaging on NRATV becoming too far removed from our core mission: defending the Second Amendment,” NRA chief Wayne LaPierre said in a message to members expected to be sent out by Wednesday. “So, after careful consideration, I am announcing that starting today, we are undergoing a significant change in our communications strategy. We are no longer airing ‘live TV’ programming.”

Anybody in the market for some used tinfoil hats?