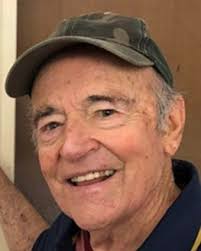 It’s been 28 years since former KARE sportscaster Tom Ryther was given the boot in what he calls a “youth movement” by then-news director Janet Mason.

But it still stings Ryther, and it’s still not something that Mason herself, soon to retire from her most recent position at president and general manager of WZZM in Grand Rapids, MI cares to revisit with Twin Cities’ columnist CJ.

Ryther has a new memoir out, “The Hummelsheim Kid: The Amazing Story of a Broadcast Journalist,” and he promises “There are things in this book you are not going to read anywhere else.”

Ryther hasn’t had a lot to worry about since winning an age discrimination lawsuit against KARE back in 1998 and collecting $1.3 million.

But his memories of that court battle linger on such as….“I think that the [then] news director Janet Mason’s dislike for me and trying to make her group on the air look younger. I was 54 years old. I think my relationship with Janet Mason was just awful.”
“She even said to me on the day she fired me — and I had never been fired in 36 years — “How does it feel to be a failure at age 54?” [According to StarTribune coverage of the court case, Ryther testified that Mason’s exact words were, “Don’t feel bad you’re a failure here.”]

Should be a good read.