Well, to hear the White House tell it, more people are working than ever before, or at least since the 70’s. 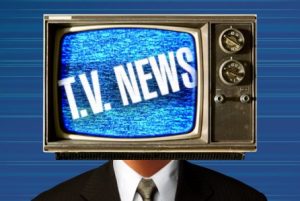 While that may be true for some jobs, it certainly isn’t the same in media.

The cuts followed large rounds of layoffs earlier in the year from companies including BuzzFeed, Verizon, and Vice Media.

The massive cuts so far this year represent a recent trend in media that has seen upstart companies and newspapers alike shrinking and disappearing.

Business Insider reports since January 2019, there have been more than 31-hundred cuts in media, including TV, Web and Magazines.

Business insider details the number of cuts from CNN to Meredith.

No wonder the PIO jobs have a minimum of at least 20 applicants for one job.

Rough time my friends. If you have a job in TV, consider yourself lucky and perhaps plan for the day you may unexpectedly be joining the ranks of the unemployed.