Despite a one-day extension made in hopes they could hammer out a deal, about 17 TV stations in a dozen markets owned by Meredith Corp. went dark to Dish subscribers Tuesday, adding to a growing list of station blackouts in the past few weeks. 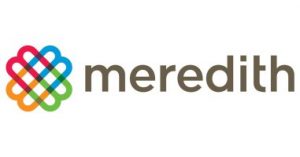 Meredith had extended its retransmission consent agreement for 24 hours on July 15.

But when no deal was reached, the stations went dark to Dish customers at 7 p.m. Eastern Time on July 16.

“Meredith has been trying for months to get Dish Network to negotiate seriously and reaching a deal is our top priority,” said Meredith Local Media Group president Patrick McCreery in a press release. “We know the vital local news, emergency information, and top-rated sports and entertainment programming we provide are important to Dish’s customers, and we hope Dish will make it a priority to reach a deal too.