The question of who will end up owning Cleveland’s WJW (FOX) should be settled soon, but “soon” could mean a couple of days, weeks or months.

The key is how fast government regulatory agencies will move on necessary approvals, and that is never easy to predict. 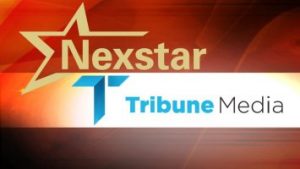 WJW is one of 42 Tribune Media stations that the Nexstar Media Group is purchasing in a deal valued at $6.4 billion.

If approved by the Department of Justice and the Federal Communications Commission, the acquisition announced in early December and widely reported will make the Texas-based Nexstar the country’s largest owner of TV stations.

Tribune has owned WJW since 2013. Nexstar, which gradually has built a media empire by purchasing small groups of stations, offered $4.1 billion in cash to buy the Chicago-based Tribune Media Group stations. The $6.4 billion figure includes the assumption of Tribune Media debt.

The deal will bring Nexstar’s total to 216 stations in 118 markets, reaching 39 percent of U.S. television households. It will leapfrog ahead of the Maryland-based Sinclair Broadcast Group, which tried and failed to win government approval for buying the Tribune stations. It also will give Nexstar stations in eight of the nation’s top 10 TV markets, including New York, Los Angeles and Chicago.

Some industry watchers believe DOJ and FCC approval will be wrapped up by the end of July.

But if not announced by then, a final decision probably gets tabled until September. Either way, no major issue has surfaced to threaten a deal that was quickly approved by the boards of both companies.