Why did the traffic reporter cross the street? 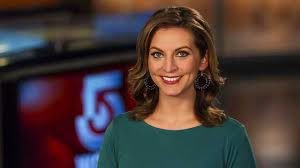 Olessa Stepanova had been reporting on the morning rush hour traffic for more than five years at Hearst’s WCVB in Boston when she reportedly, and rather abruptly, informed management she was leaving.

That was back on June 28, which was her last day at the station.

No one talked about her departure for nearly a month, but her bio was quickly scrubbed from the website.

Then Stepanova made her departure official and coyly hinted about her future.

Now the other shoe has dropped.

She’s the new traffic reporter at NBC-owned WBTS and NECN, across the street.

Before arriving in Boston, Stepanova worked in Hartford, CT.