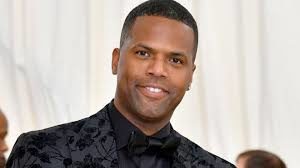 A.J. Calloway has been dropped as the co-host of the syndicated “Extra” following multiple allegations of sexual assault.

Calloway fronted the showbiz news show for 14 years until he was suspended by Warner Bros. Television executives in February.

A WB spokesperson said: “The company has investigated the claims made into Mr Calloway’s conduct and he and the company have mutually agreed to part ways.”

Short, sweet and out.

Calloway was accused of assaults in New York, New Jersey and California that occurred between 2003 and 2013.

His lawyer said he “vehemently denies that he ever assaulted anyone.”

In June 2018, author and activist Sil Lai Abrams alleged that Calloway had assaulted her in 2006.

He was arrested at the time, but the case was dropped on procedural grounds.

In January this year, more accusers came forward and told “The Daily Beast” he had behaved inappropriately.