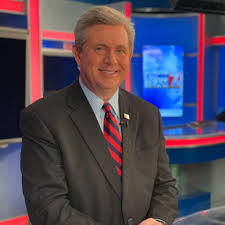 Since 1993, anchor Tom Crabtree delivered the news to viewers of Nexstar’s WSPA in Spartanburg, NC.

A career spanning five decades drew to a close last week as he signed off for the last time.

Crabtree came to the station after several years at sister radio station WSPA back in ’83 and was assignment editor, Spartanburg bureau reporter, Greenville bureau chief and weekend anchor before becoming principal anchor.

In a letter to viewers, he shared that he and his wife are moving to the South Carolina coast in their retirement years.

Not a bad place to be.