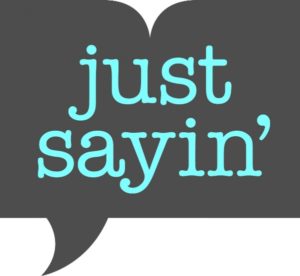 The list of Democratic presidential hopefuls these days is longer than a college football training camp roster and, to be honest, when was the last time anybody paid any attention to the guys at the bottom of said college football depth chart?

So for the political wanna-bes to be unloading on – you guessed it – the news media, for their sad inability to break out of the crowded pack and make an impression is beyond ridiculous.

Granted, media focuses on what appear to be the top contenders as determined by polls and the polls are conducted largely among people for whom, at this point, name recognition is the biggest determining factor.

And it’s a field being introduced on television by “debate” formats that have more in common with “Survivor” and “The Bachelorette” than the Lincoln-Douglas debates.

Sen. Bernie Sanders (I-Vt.) is leading the way, making his grievances with “corporate media” central to his anti-establishment campaign.

The Sanders campaign took it up a notch this week, calling out CNN and NBC by name and making the case that “The Washington Post” is covering him negatively because he’s been critical of the newspaper’s billionaire owner, Jeff Bezos.

Sorry Bernie, trying to score points off the stewardship of the “Post” under Marty Baron just doesn’t wash.

“Contrary to the conspiracy theory the senator seems to favor, Jeff Bezos allows our newsroom to operate with full independence, as our reporters and editors can attest,” Post executive editor Baron said in a statement.

“Democrats are not trying to completely tear down the Fourth Estate and they’re not putting journalists in danger, like the president is doing,” said Andrew Feldman, a Democratic strategist with a focus on media relations. “But the ultimate goal for a campaign is to get their message across, and it can be very frustrating when that doesn’t happen.”

We understand that the current occupant of the White House made it fashionable to attack the media.

And we acknowledge that the media does have its flaws.

But adopting that “attack and denigrate the messenger” routine is a slippery slope.