Does she or doesn’t she? 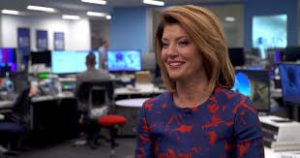 During a segment on the sexual harassment accusations lodged against opera star Placido Domingo, O’Donnell was caught on a hot mic saying what sounded like, “Sounds like somebody else here…”

Judge for yourself here

You can hear her comment at the 1:45 mark in the video above.

And why would they, given the network’s own recent history of sexual misconduct, including O’Donnell’s former morning colleague Charlie Rose..