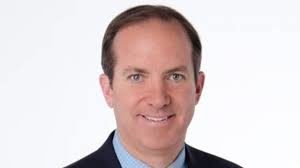 Last month we told you the story of former Detroit investigative reporter  Kevin Dietz, cut loose by Graham’ Media’s WDIV following a comment he made about a black reporter at the Investigative Reporters & Editors conference in Houston back in June.

His return as a substitute host started this week. 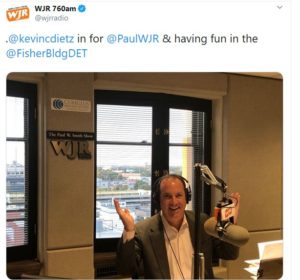 Dietz also sat in for Smith a couple weeks ago, and there are plans for him to cover a few shifts next week for Frank Beckmann’s 9 a.m.-noon shift.

It’s the most noticeable media plunge yet that the longtime Detroit broadcast journalist has taken since his abrupt departure from WDIV last month.

At the time of his termination, Dietz posted an apology and an explanation of what he said, why he said it and the reaction of the colleague he supposedly insulted in his ad-libbed remarks.

The road to redemption is a long one.