Get ready for still another talking head on cable (not)news. 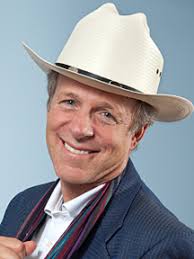 Mark McKinnon is joining CNN as a still another bloviating gasbag.

McKinnon, one-time advisor to the campaigns of President George Bush and Senator John McCain’s presidential run is currently the host and producer of Showtime’s “The Circus,” another one of those programs that treat politics as nothing more than a great game to be indulged and observed from afar.

We think the hat might make him stand out in the crowd of former politicians and political consultants who have been enticed into sharing their mostly redundant and unsolicited opinions on cable networks desperate to fill airtime.