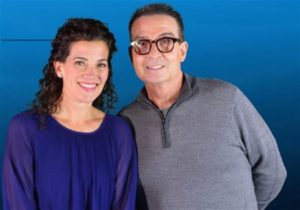 Now they are going their separate ways, with Bell hanging on to afternoon drive and Griffin returning to his old slot – mornings from 9 to noon,

Bell’s announcement for the change turned out to be divisive on social media.

The love-her-or-hate-her media personality had re-posted a fake tweet a friend had created.

It resembled the President’s account, announcing Bell’s new show. Despite the fact that her Facebook page immediately posted a disclaimer, the damage was done in the eyes of social media troll community.

And it was on.