Congratulations, Brenda Braxton Thirty years of broadcasting in one city, at one station, is no easy feat. 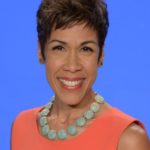 That’s exactly what Brenda has done though, and she celebrated her 30th Anniversary at KGW (NBC) last week.

Not only has she spent 30 years at the station, she has managed to handle 30 years of waking up in the middle of the night to be part of KGW’s local, early morning newscast.

She came to the Northwest from WAFB (CBS) in Baton Rouge, Louisiana in 1989 where she served as the evening anchor and medical/health reporter.

She received a Bachelor of Arts Degree in Communications from the University of Portland and a Master of Journalism Degree from Louisiana State University.

Brenda volunteers with numerous organizations including the American Heart Association, Raphael House, Self Enhancement Inc., the Alzheimer’s Association of Oregon, and Park Academy.