It doesn’t sound like Billy Bush and Tamron Hall will be exchanging cards this holiday season. 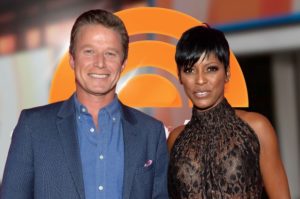 Earlier this week Billy Bush did an in-depth interview with the New York Times. He “still holds some resentment about his time at NBC, where, he said, other ‘Today’ hosts sought to undercut him during his five months on the show,” the Times said.

According to a new report, Billy was likely zeroing in on one person with his comments: Tamron.

The duo, a source told Page Six, had a “personality clash.”

“We don’t really know why Billy would go there now,” the source added. “He still blames the producers for firing him.”

Billy was unceremoniously fired in 2016 after his infamous “Access Hollywood” tape was leaked.

Since then, Billy has apologized profusely, saying he goaded Trump and didn’t try to end or divert the conversation.

Tamron left “Today” in 2017 after Billy was ousted. She announced earlier this year that she is getting her own syndicated talk show, “Tamron Hall,” which is set to premiere Sept. 9. Billy is also set to return to TV that same date as the host of the rebooted “Extra” show, called “ExtraExtra.”