We all know, it’s always something isn’t it?

President Trump was in Albuquerque New Mexico Monday evening and the stations had a lot of coverage.

However, something happened at KOB (NBC) early on.

While other stations were showing this: 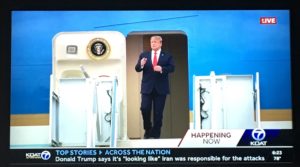 KOB was showing this: 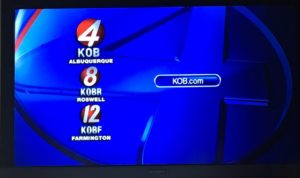 No word what the problems were behind the scenes.

KOB eventually got back on the air, not with Trump’s visit but with Ninja Warrior an hour early already in progress. 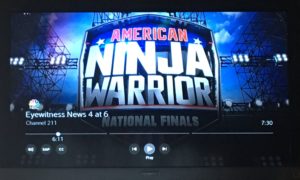