The ex-news director of a Cox owned Charlotte, North Carolina station has filed a federal lawsuit for firing her and replacing her with a younger, less experienced man—an act that she says the station committed to “keep (its) boys’ club happy,” according to The Charlotte Observer. 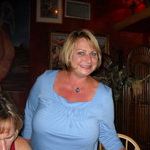 Julie Szulczewski, was the news director at WSOC-TV, a dual ABC and Telemundo affiliate in Charlotte, North Carolina.

She led the station in a close race for the top of the local news ratings charts during her time on the staff.

Szulczewski says that during her time with the station she managed to turn WSOC-TV into a “thriving” news outlet that flourished, even though budget cuts forced her to work with gaps in her staffing.

Then the station fired her and replaced her with a younger man whom her suit describes as being from a “failing Boston television station” after a strategy meeting in which she says she was accused of having “inappropriate relations” with a male staff member and “inappropriately touching” another male staffer, yelling at an art director and taking her staff out for drinks and appetizers at some past point.

She makes claims of age, gender and disability discrimination, as well as accusations of emotional and financial damage. She seeks back pay and benefits, and punitive damages and monetary redress for damage done to her reputation.

She worked for COX for 9 years. No immediate word from Cox on this one.