One of the significant advantages of big media companies getting even bigger is that you can game parts of the system by tucking away talent you want in Market A into nearby (and co-owned) Market B until you can bring them back to where you wanted them in the first place. 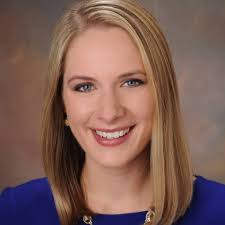 Exhibit A: Nexstar’s KELO in Sioux Falls, SD just announced that Bridget Bennett will be the new weeknight co-anchor alongside Don Jorgensen, who’s been in the market since the Hoover Administration, we think.

A year ago, our old station, Gray’s KSFY in Sioux Falls, bid a teary on-air farewell to weekend anchor Bennett, after four years as weekend anchor at the station.

Bennett, who’d been with KSFY since 2012, was off to become weeknight co-anchor at Nexstar’s KCAU, just down I-29 about 80 miles in Sioux City, IA.

See where this is going?

A year later, non-complete clause now lapsed, a very patient Nexstar brings Bennett back to Sioux Falls with a year’s seasoning as main anchor under her belt.

If she’d picked the right bedroom community, she wouldn’t have had to move.