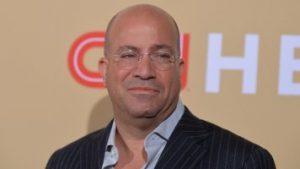 Zucker likely also brought tears to the eyes of CNN media reporter Brian Stelter when he dismissed out of hand Stelter’s statement that Fox did have a stable of high-quality journalists.

“You repeat that line a lot and it’s one of the mistakes I think you make in your journalism,” as he rebuked Stelter at CNN’s Citizen conference on Thursday afternoon, according to “The Hollywood Reporter’s” Jeremy Barr.

Zucker also said he’s open to hiring recently-departed Fox News anchor Shep Smith once that pesky non-compete is out of the way.

Says the guy whose network devoted hours of airtime in 2015-16 to cameras covering an empty podium until then-candidate Trump showed up and then allowed him to ramble on nary a fact check in sight.

Because it was good ratings.