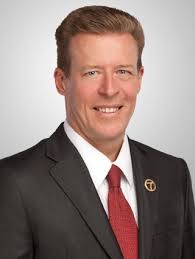 For 20 of his 26 years as a reporter for Sinclair’s KATV in Little Rock, AR, Jason Pederson fielded, and tried to solve, consumer problems as the station’s “Seven On Your Side” advocate.

What he couldn’t solve was his station’s parsimonious contract offer when he came up for renewal.

Now he will be fielding complaints at the Arkansas Department of Human Services as the department’s ombudsman for state programs such as Medicaid, food stamps and child care assistance.

Pederson starts Monday in the newly-created position and said he hopes to be “a help to people who are kind of lost.”

“What I envision the ombudsman doing, first and foremost, is helping Arkansans navigate DHS if they’re having trouble doing that,” he said.

Pederson’s contract lapsed on October 1st but he worked for the next six weeks while trying to find a situation that allowed him a better wage.