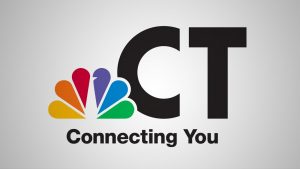 A Connecticut NewsBlueser sends us a rather interesting tale about what happened when, on October 29th, NBCU’s WVIT held a debate among candidate’s for the Hartford mayoral race.

When Eddie Perez, the former Hartford Mayor, who was convicted on corruption charges years ago and did hard time showed up at the gate to participate, VP of News, Janet Hundley, reportedly told the assignment desk not to allow Mr. Perez into the building.

Perez, who announced his campaign last spring and owned up to his past misdeeds lost the September primary, but decided to keep his name on the ballot as an unendorsed candidate.

He threatened a lawsuit.

The newsroom reportedly erupted, with several staffers going up the food chain to complain about the news director’s decision.

He was not allowed to debate.

But, evidently realizing that legal action could be coming, a reporter was assigned to do a seven minute news package that aired in the second block of news that following Saturday night.

Let it be a learning moment.