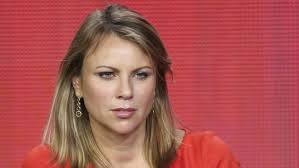 Beginning in January she will host a four-part documentary series entitled….are you sitting down?….”No Agenda with Lara Logan.”

In other words, the front lines of America’s political and ideological war zones.

“As we continue to expand Fox Nation, this series is the exact kind of compelling content we want to deliver to our subscribers and super fans,” said John Finley, EVP of Fox Nation and Development, said in what we have to assume is a completely unironic tone. “This series is what American people tell me they want everywhere I go — honest, independent journalism that will not bow to propagandists and political operatives who use the media as a weapon to silence, punish and bully.”

We’ll reserve judgement until the programs actually are released in January.

Logan, who had joined CBS News in 2002, parted ways with the network at some point last year.

She gained a wider profile there by visiting dangerous locales in Afghanistan and Iraq, often embedded with U.S. armed forces.

She capped off her career at “60 Minutes.”  Her departure didn’t become known until February of this year, after she made an appearance on a podcast in which she suggested news consumers ought to get information from both liberal and conservative outlets.

While with “60 Minutes”, she apologized in 2013 for errors in a report about the terrorist attacks on the U.S. embassy in Benghazi, Pakistan, and ended up taking a leave of absence related to that segment.