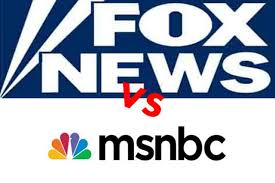 “The Baltimore Sun’s” David Zurawik is one of our favorite media watchers and he tackled the Fox News/MSNBC parallel coverage of the impeachment hearings with his usual skill.

His conclusion: They are part of our national problem

For the past three years, I have written too many times to count that we are in danger of losing our democracy. But this week after watching the televised impeachment hearings and the reaction to them by some of the major players in right-wing media, I fear we have already lost more of our democracy than we will ever recover.

I and others have been writing about dueling narratives and world views in the realm of cable news for decades. So, there was nothing particularly surprising Wednesday night after the first day of hearings to see Fox News running headlines like “DEMOCRATS IMPEACH THEMSELVES” or “DEMS’ IMPEACHMENT COLLAPSE” during the Laura Ingraham show at 10 p.m.

And it underscores the damage being done to the entire nation by cable outlets less interested in delivering news than in carving out a section of audience to which they reliably pander – and an audience far less interested in learning anything outside their own narrow belief system.

Ratings addiction and the pursuit of money do that.

(FULL DISCLOSURE: Zurawik is a regular contributor to CNN. But this is not about that outlet’s flaws – and there are many. And we find nothing to argue with in Zurawik’s column.)