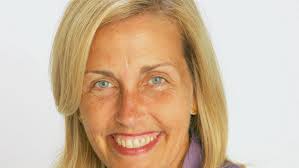 She is expected to “lead our reporting on the intersection of money and power and will bolster our capability to do more in-depth, groundbreaking work,” said Rich Greenberg, the executive editor of NBC News investigative reporting, in a statement.

The “intersection of money and power being a freeway” with little or no traffic controls these days would seem to bear some investigating.

Morgenson has been senior special writer in the investigations unit at “The Wall Street Journal” for the past two years.

She won her Pulitzer back in 2002 for her coverage of Wall Street at “The New York Times”, where she spent two decades.

“I’m thrilled to join the exceptional journalists at NBC News investigations. The financial world touches everyone and I’m eager to help NBC’s vast and growing audience assess its impact.”