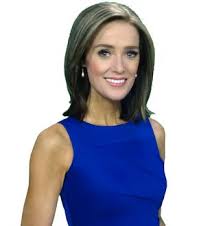 We told you back in July that anchor Kate Tillotson was heading for the exit at Sinclair’s WWMT in Kalamazoo, MI when her contract ended in September.

Here it’s nearly December and not only has she exited the station….she’s exited the business and, late last month, Michigan.

Tillotson, who packed up and left for a non-tv job in Washington DC, said journalistic choices by the station’s owners played a role in her decision to leave the station, though it wasn’t the main reason.

“Newschannel 3 is owned by Sinclair Broadcast Group. In the last couple years there have been some journalistic choices made that didn’t align with my journalistic values,” Tillotson said.

She declined to talk about specifics.

Was it Boris or the other must-runs?

That moronic statement the Hunt Valley home office cooked up and forced every one of it’s main anchor teams to read?

We’ll never really know, but we can make an educated guess.

The association’s 900 members serve 42 million people and maintain electric lines across the country, she said.