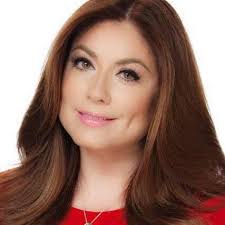 After nearly two decades, anchor Blanca Garza has his the exit door at Telemundo’s KSTS in San Jose, CA, and the business, for very personal reasons.

Garza married earlier this year and told Media Moves she decided not to renew her contract at the Bay Area station to spend quality time with her musician husband.

She says they also wanted to have the freedom to move, in case they want to return to Los Angeles.

“I will always be grateful to Telemundo 48 for giving me the opportunity to serve the Hispanic community of the Bay Area for almost two decades and for giving me a platform where I built a very special connection with our audience. That will be hard to forget.”

Before her move to the Bay Area, Garza was an entertainment reporter at Univision’s KMEX  in Los Angeles and a freelance correspondent for Televisa.