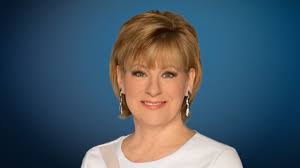 Marti Salt had two tours of duty at Cox-soon-to-be-Apollo’s WFTV.

She returned to Central Florida in 2003 and was the prime evening co-anchor alongside Bob Opsahl until she was moved to the noon news in 2015 to make way for Martha Sugalski.

When Salt returned to Orlando in 2003, the central question was whether she would help WFTV.

Sixteen years later, as she prepares to retire a week from today, one would have to say “absolutely.”

She announced last October that she would be stepping down after November.

But during her most recent tenure at WFTV, she gave the ratings a jolt, mentored younger colleagues, came through with first-class journalism and was an overwhelmingly positive presence in the newsroom

She helped boost the ABC affiliate’s ratings, delivered top-flight reporting and impressed her colleagues with her smarts and kindness. She has been a mentor with a hearty laugh and a down-to-earth style. Her final newscasts will be at noon and 6 p.m. Friday, Dec. 13.

Salt’s likability comes through for a simple reason, veteran meteorologist Danny Treanor said. “Martie has always been 100 percent the same person, on air and off air,” he said.

“She is an absolute pro, an advocate of the highest journalistic standards and a great newsroom presence. Everybody likes Martie,” Jordan said. “She treats everyone with respect.”

That’s not something you can say about just anybody.

Just the special ones.