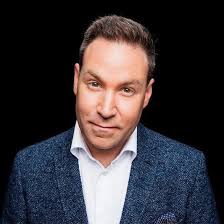 A year after he left NBC News because of a contract stalemate, Jeff Rossen has foun a new home for himself and his “Rossen Reports” brand.

The once high-profile investigative reporter and consumer advocate has signed on with Hearst TV.

He’ll be chief national consumer correspondent of the franchise which will be distributed across Hearst platforms.

“Jeff has brought relatability and trustworthiness to his impressive array of assignments, establishing a brand as America’s premier consumer reporter,” said Barbara Maushard, Hearst Television’s SVP of news. “Jeff and Rossen Reports are a perfect fit for our efforts to bring to local viewers throughout the country stories that are impactful and relevant to their lives; Rossen Reports is an ideal complement to our growing investigative reporting initiatives, as underscored by our recent launch of a Washington-based investigative unit.”

Rossen left NBC News last year after a decade with the network in part because he couldn’t persuade the suits to expand the franchise beyond the broadcast network and into digital platforms.

Myopia in the executive suite.