There is no surer sign that new owners are ready to take charge than seeing key people heading for the exit. 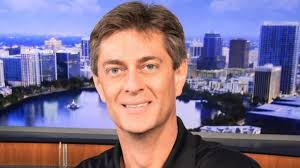 And there is no better example that Cox Media-soon-to-be-Apollo’s WFTV in Orlando, FL where Matt Parcell, who has been news director since August 2012, announced this week that he will retire.

He’ll stick around until his successor is named, which is likely to be sometime soon after the first of the year, which Apollo is expected to take possession.

“Things just came together on a number of levels. It was a good time to step back after a 35-year career,” Parcell said in an interview. “I don’t have to do it anymore.”

Nor is it a lot of fun to have to figure out how to dance for a new set of bosses.
Parcell has been with WFTV since 1997.

He became news director, moving up from the second slot, when Bob Jordan headed for KIRO in Seattle.

Parcell says he doesn’t have a game plan, but whatever the future holds, he hopes it is in Orlando.

Those remaining at any of the Cox stations will be treading carefully as the new management takes control.

It certainly means a change in the culture – and at Cox, that means the bar is likely to get lowered somewhat.

He’s not the only high profile person taking the exit at WFTV.

See the next story.