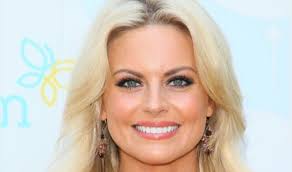 Former Fox News reporter and occasional “F&F” fill-in host Courtney Friel has a memoir coming out, and in it, she writes that before he was president, Donald Trump told her she was “the hottest one at Fox News” and during one call, “out of nowhere, he said: ‘You should come up to my office sometime, so we can kiss.'”

We’re sorry, we should have warned you, but you could guess what was coming after reading “Courtney Friel,” “memoir” and “Donald Trump” in the same sentence.

Friel says she reminded Trump they both were married and she ended the phone call.

Friel, who now labors as an anchor in Los Angeles said Trump’s “proposition made it difficult for me to report with a straight face on Trump running for president.”

Friel’s memoir, “Tonight At 10: Kicking Booze and Breaking News,” is due out Tuesday.