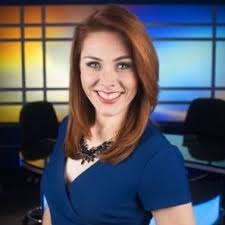 She’s been with the station for the past 8 years, joining it straight out of college.

She’s been morning co-anchor since 2014.

She won’t be wearing two hats.

She signed off the morning newscast last week.

Her first assignment at the station was on the street as a general assignment reporting.

She moved to morning newscast reporter in 2013 and soon moved up to the morning anchor desk.