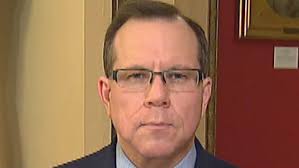 The move comes as the House sends articles for impeachment against President Trump to the Senate for a trial.

Pergram has been senior Capitol Hill producer, and a visible presence in the channel’s coverage of impeachment proceedings, including explaining procedure and providing analysis, as well as a host of other major breaking stories over the past decade.

He joined that cable channel back in 2007.

He previously worked for NPR and C-SPAN.