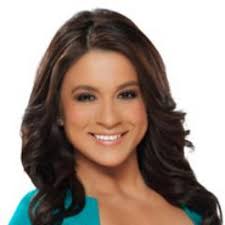 Media Moves reports that inside sources say she is sitting out a week-long suspension which, if you’re keeping track, ends today.

Her removal from the anchor desk took place a week after she conducted an interview that aired January 3 with the president of a Los Angeles-based Salvadoran community organization under scrutiny over its actions during the Pasadena Rose Parade, when a member of the band the group sponsored to participate in the event was removed from its ranks and not allowed to march.

The interview was billed as the first of a two-parter but part two never saw the light of day.

Elvir, who has worked for Telemundo since 2002, was unavailable for comment.

But social media critics bashed Elvir over alleged softball questions and charged she had a conflict of interest since a now-scrubbed station bio said she was a member of the community organization she was covering.

Don’t ask the station or the news director for any other information.