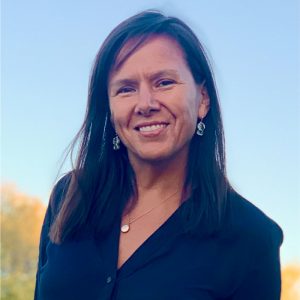 It looks as if former Fox News executive producer Jennifer Williams has gotten the nod to head video strategy for Facebook News, Zuckerberg’s dedicated news tab that will launch later this year

At least that’s the word making the media rounds.

So far neither Williams nor Facebook have anything to say.

But Williams did quit her job as Executive Producer of  “The Daily Briefing with Dana Perino” last September after two years to relocate to San Francisco “in search of new opportunities in a sunnier environment.,” according to her LinkedIn profile.

Williams spent a total of 18 of the past 22 years with Fox News, where, for the first 12, she was senior producer of “Fox & Friends.”

And she either failed to make Doocy and Kilmeade any smarter, or perhaps she was responsible for laying the groundwork for the least journalistic, most sycophantic, program on morning television (and yes, we’re including, “Good Morning America”).

She left “F&F” for a four year break before returning to the Fox fold in 2013 to work on Gretchen Carlson’s program, staying until her move west last fall.

And now here we are.

We can’t wait to see what she conjures up for “Facebook News.”