Anyone who has ever been in news management, now or in the days of yore, know that the one constant has been the struggle to find news producers. 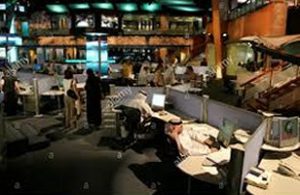 Over the years, an awful lot of tv managers fell for the line of aspiring tv newsers who vowed they would LOVE to produce the news, only to have those same aspirants approach them inside a month or two later to inform the manager that their REAL passion is to be a reporter or, better yet, an anchor.

“The problem with producing is universal: finding a good producer in 2020 is virtually impossible,” says Brad Kessie, news director at WLOX-TV in Biloxi, Mississippi. “Unfortunately, we’re not in a glamour job anymore like we were 20 years ago. And that’s a shame, because a lot of good people either didn’t get into the business or got out quickly because they’re looking for other things to do.”

His boss, GM Rick Williams, agrees: “The job market in general is tight, and people may be attracted to other industries besides television. So it’s become very competitive among stations in this industry to find the right people.”

The station’s owner is Gray Television, and they’re trying to be proactive and innovative to solve the problem.

Gray’s innovative idea is to forge partnerships with two Southern universities. “We’re investing in people before they ever get here,” says WLOX gm Williams.

At Loyola University New Orleans, the company is collaborating with the School of Communication and Design to create a “producing incubator” — a series of lectures and workshops by producers from various Gray stations.

Last spring, a different Gray producer visited campus from Sunday through Tuesday each week, ten weeks in all, sharing insights about the craft of television news producing, helping students in the elite capstone program produce their weekly news program, and contributing to other journalism classes.

“We know there’s a huge need for television news producers across the country,” says the school’s Director, Sonya Duhé. “And we’ve got to do something differently, because we’ve been doing things the same way. And this incubator program truly puts an emphasis on producing.”

The program is also a recruiting opportunity for Gray, which gets to evangelize about the rewards of producing and then recruit new converts to the cause — on the spot.

Gray’s second experiment to produce more producers originated at the University of Mississippi.

The company suggested a “producer-in-residency” program to WLOX-TV, which agreed to try it.

Debora Wenger, rock-star journalism professor at Ole Miss, recommended one of her May graduates, Sarah Liese, who was unhappy in a non-news job back home in Missouri.

News director Lessie’s message sounds a lot like what the students at Loyola heard from his Gray colleagues. “For me the pitch to a producer is all about having control,” he says. “If you’re somebody who likes to have your hands in the cookie jar on every story, with every facet of a news broadcast, producing is a magnificent business to be in. Great producing is what makes a great newscast.”

Sarah Liese bought it. She moved to the Mississippi Gulf Coast, and in October she began a paid ten-week stint at the Biloxi station.